Join the forum, it's quick and easy
Suka-Suka Lu Donk
To Guest : 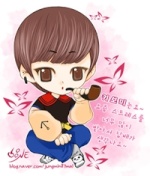 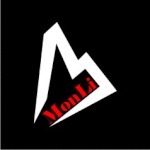 
Pale Moon: Release notes for version 11
11.0.1
A small maintenance release to address a few annoyances in the original new release of v11.0:

Tone down the rather too aggressive network settings that were introduced in Firefox 11:
Maximum concurrent connections opened by Pale Moon lowered to 48 (was 256) to make sure it doesn't easily saturate the networking layer of Windows, to prevent residential NAT gateways from being overloaded and to lower strain on wireless networks
Maximum concurrent connections to a single server lowered to 6 (was 15). In tandem with pipelining this is still plenty, and it actually promotes the proper intended use of pipelining
Fix the installer to properly check for the minimum required operating system version: Windows XP for both x86 and x64 versions
Switch off OpenGL as preferred engine for WebGL again to fix compatibility problems
Switch off DirectWrite font rendering again to fix compatibility issues with certain graphics cards
Properly implement the removal/blocking of status bar add-ons when upgrading/installing

In addition, Pale Moon 11 will:

Save open session information less often (once a minute)
No longer store form data and other entered information in the browser session store when pages are viewed over SSL, to increase security - the data entered in secure pages is no longer committed to disk.

A new release built on the Firefox 12 code base. This is mostly a maintenance release.
Of special interest is that Pale Moon, unlike Mozilla Firefox in its version 12, does not move to a silent install method.

Fixes and changes in all versions:

This version marks the start of a different release schedule for Pale Moon.

Instead of following the rapid release schedule of Mozilla, the browser
will use version 12, a properly matured build with essential
functionality, as a base to make incremental updates upon.

The reasons for this are multiple, not in the least it will allow Pale
Moon to implement things that have been on the "to-do" list for a while
but which have been pushed back because of lack of time "keeping up"
with the (too) fast releases of new versions by Mozilla. The rapid
releases often little more than maintenance updates and one or two new
features (sometimes even just partially implemented), but requiring a
full development/testing cycle for Pale Moon because of the
lumped-together patches. Another reason is that from this point on,
Firefox will receive a few user interface overhauls to go off on the
"Web OS"/"Metro"/"Desktop integration" tangent that goes against Pale
Moon's goals of being and remaining a web browser. 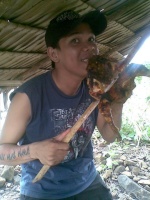 Page 1 of 1
Permissions in this forum:
You cannot reply to topics in this forum
Latest topics
» beri semangat pada pelajar ini! (3) :P

Our users have posted a total of 4910 messages in 510 subjects
Who is online?
In total there are 7 users online :: 0 Registered, 0 Hidden and 7 Guests 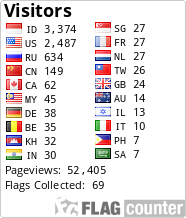